He was cremated on the beach at Viareggio where his body was washed up, and his ashes interred in the cemetery in Rome where lay already his son William, and John Keats. Also a philosophical and political essayist, and a gifted translator from German, Italian, Greek, Spanish and Arabic, he has taken his place as a major figure among the English Romantics: the poet of volcanic hope for a better world, of fiery aspirations shot upwards through bitter gloom. 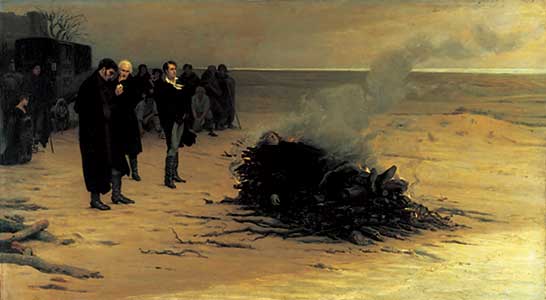 Funeral of P. B. Shelley