In the summer of 1816 Shelley and Mary Wollstonecraft Godwin travelled to Switzerland in order to meet Lord Byron. The meeting had been engineered by Mary’s stepsister, Claire Clairmont, who had been Byron’s mistress in London and who was pregnant with his child. At this point Byron had lost interest in Claire yet in P.B. Shelley he found a great friend. Bryon and the Shelleys rented houses in close proximity on the shores of Lake Geneva and spent much time together, socialising together in the evenings and exploring local sites of interest during the day. Shelley wrote that his contact with Byron led to a drive in his own poetic output, and was inspired to write his Hymn to Intellectual Beauty following a boating tour that the two took together.

The summer in Geneva also inspired Shelley’s lover, and later wife, Mary Wollstonecraft Godwin. One rainy evening as the company was sitting around the fire, reading aloud German ghost stories, Byron challenged each person present to write their own ghostly tale. Shortly afterwards, in a waking dream, Mary conceived the idea for Frankenstein, the story of a scientist who brings life to a likeness of man with disastrous consequences. Completed when she was still only 19 years old, the novel, which was first published anonymously, has never since gone out of print.

"On First Looking into Chapman’s Homer", Keats’s first great sonnet, tells of the author’s astonishment at reading the works of Homer, made possible by a translation by the Elizabethan playwright, George Chapman. The poem is a much quoted classic, a testimony to the supremely inspirational power of art, and the wonder of discovery. 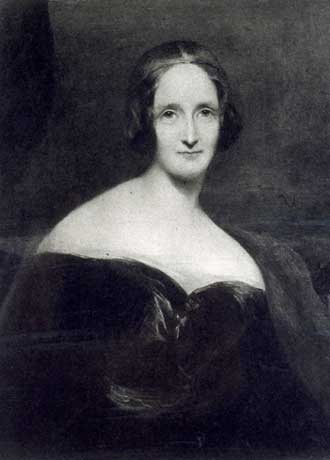