In 1819 he published Ernestus Berchtold, a gothic tale. This was followed in the same year by his anonymous publication of The Vampyre. Legend has it that Polidori was inspired to write The Vampyre on the same evening that Mary Shelley was inspired to write Frankenstein, when Byron suggested that each member of the party staying at his home in Geneva should write a ghost story. The Vampyre was attributed to Byron (who indignantly denied authorship in a letter to the publisher), and was popular in Europe. Ludwig van Beethoven is known to have bought a copy in Vienna along with Byron’s poem The Corsair, and in 1828 it was turned into an opera by Marschner and Lindpaintner. 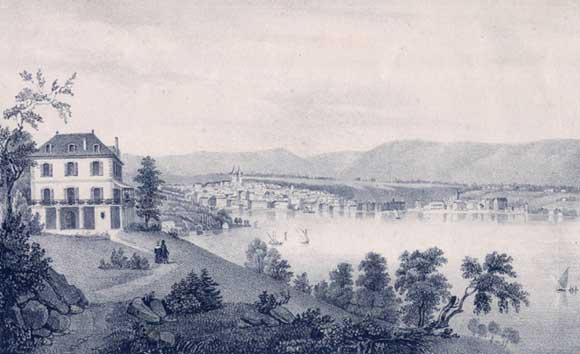