Towards the Bicentenary of Percy Bysshe Shelley’s Death in Italy

Keats-Shelley200 was officially launched on 6 February 2020 in the residence of the Ambassador to Italy in London. The video is available here. The bicentenaries of the deaths of Keats and Shelley in 2021 and 2022 represent an extraordinary moment to celebrate their legacies and to reflect on our future, along with the launch of Keats-Shelley200, with its programme of initiatives, exhibitions and events both in Italy and in the United Kingdom.

Starting in December 2021 our attention will be directed towards Shelley’s death in Italy on 8 July 1822.

Shelley in Rome — launch of the immersive video story

Shelley in Rome is the second immersive video story by the Keats-Shelley House and follows The Death of Keats, which was premiered on 23rd February 2021 to mark the bicentenary of Keats’s death in Rome. You can watch The Death of Keats here. The premiere of Shelley in Rome marks the start of the Keats-Shelley House's plans to commemorate the bicentenary of Shelley's death in Italy on 8th July 2022.

Shelley in Rome will be previewed on the museum’s website and YouTube channel; in January 2022 there will be a public showing of the film in Piazza di Spagna to celebrate the New Year, which is also the year of the bicentenary of Shelley’s death in Italy.

An operatic concert in Naples on 7 May 2022 to celebrate the influence of the city of Naples on Keats and Shelley, who both lived in the city during important moments in their lives; for the occasion, the musical programme will be performed by the Italian American operatic singer Anna Tonna and Italian musicians Duo Savigni, who will play musical instruments from the Romantic period. The concert will take place at the Excelsior Hotel in Naples, with a view over the harbour where John Keats landed in 1820 and near the hotel where he stayed before he undertook his journey to Rome. The event will be streamed online.

Global online event on the day of the bicentenary, 8 July 2022

In collaboration with the Keats-Shelley Association of America, our sister foundation in New York, we will host an online global reading of Shelley’s The Triumph of Life, his last, incomplete poem, on 8 July 2022, the day of the bicentenary. The readings will bring together participants from all over the world and will take place in different languages, including the UN’s six official languages and one language for each continent. The reading will be a part of a two-hour long online event, which will include the presentation of the poem, followed by a roundtable discussion on Shelley’s last days in Italy. The event will close with another video story, also produced in Rome, focusing on Shelley’s final days. The event, which will last for two hours, will be presented by the Keats-Shelley House Curator and Neil Fraistat, the President of the Keats-Shelley Association of America, and Shelley's scholar Anna Mercer.

A series of other theatrical and poetry-based events will take place both in the U.K. and Italy in 2022, including readings at the Keats-Shelley House and the Non-Catholic Cemetery in Rome, where Keats and Shelley are buried, and at important locations in London, among which Byron editor’s John Murray’s historic rooms.

Academic conferences on Shelley’s work will take place in Italy and in the United Kingdom in 2022, including the Keats-Shelley Memorial Association’s academic conference, which will take place at Kings College in London in October 2022 and, in the same month, a conference organized by Professors Elisabetta Marino and Lilla Maria Crisafulli with the collaboration of the Keats-Shelley House at Villa Falconieri in Frascati.  The provisional dates for the conference are 6 to 7 of October 2022, and the conference will be followed by a poetry reading in Rome on Saturday 8 October.

Furthermore, in 2022 the museum will carry on with its pre-organized conferences, lectures, seminars and presentations, such as the poetic competition for schools and the publication of books we have curated ourselves, such as our last book, On He Flared: Essays on Four Letters of John Keats, published by the Keats-Shelley House on 31 October 2021.

In 2023, the museum will launch a programme of events and initiatives for the bicentenary of Lord Byron’s death in 2024. The programme will include collaboration with partners in Italy, Greece, and the United Kingdom. 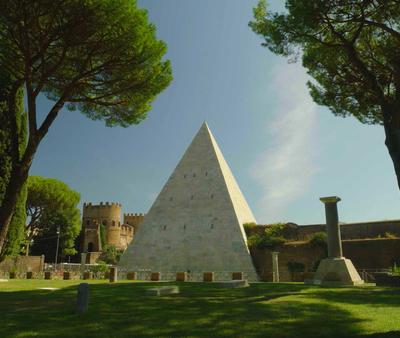