RESEARCH INTERNSHIPS AT THE KEATS-SHELLEY HOUSE IN AUTUMN/WINTER 2021

RESEARCH INTERNSHIPS AT THE KEATS-SHELLEY HOUSE

This autumn the Keats-Shelley House is working with three research interns on projects relating to Percy Bysshe Shelley in advance of the bicentenary of the poet's death in 2022.

Alice Robinson is the latest recipient of the Keats-Shelley House's Northern Bridge Doctoral Training Partnership with Newcastle University in the UK. Alice, a PhD researcher on P. B. Shelley, is currently undertaking a 2-month placement with the House working on projects relating to Shelley, including research into a source MS for The Cenci and an autographed quotation from Prometheus Unbound by Giuseppe Mazzini (two gifts given to the museum by Stephen Clifford Wilson last year) as well as the Abinger miscellaneous Shelley archive which was recently donated to the museum by Lord Abinger. Alice follows in the footsteps of Newcastle PhD students Valentina Varinelli and Jonathan Quayle, who completed Northern Bridge research placements at the Keats-Shelley House focusing on Shelley, and poet John Challis, who was working on a creative writing PhD at the time of his Northern Bridge placement in Rome.

Pauline Hortolland is the second recipient of the residential KSH-SERA scholarship. Established in 2019, this is a collaboration between the Keats-Shelley House and the Société d'Études du Romantisme Anglais which allows doctoral research students from France to spend time researching the collections at the Keats-Shelley House and to give a paper towards the end of their residence. Pauline is currently a second-year PhD student in English Studies at the University of Paris and her thesis, entitled “Ineffectual Angel? Percy Shelley and the Event of Poetry”, is being supervised by Professor Jean-Marie Fournier and Dr Sophie Laniel-Musitelli (University of Lille).

Giulia Nati is a high school student from the Liceo Tasso in Rome and is currently engaged, under the supervision of her English and Italian teachers as well as the curatorial staff of the Keats-Shelley House, on a research project focusing on the literary relations between Percy Bysshe Shelley and the Italian romantic poet Ugo Foscolo. Giulia is currently researching the library holdings at the museum and her work will culminate in the submission of an article for peer review for the Keats-Shelley Review, the Keats-Shelley Memorial Association's biannual periodical. 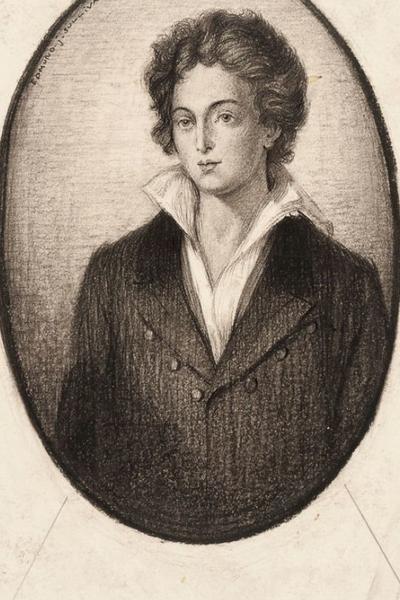