The Keats-Shelley200 Gulf of Poets Festival in Lerici

In July 1822 Percy Bysshe Shelley set sail from Livorno, across the Gulf of Spezia, towards his temporary home at Lerici on the coast of Tuscany; he was accompanied by his friend Edward Williams and a young crew member, Charles Vivien. They had been visiting Lord Byron and Leigh Hunt in Pisa and despite the imminent threat of squalls, they had taken the decision to embark on the 7-mile crossing. Byron had christened the boat the Don Juan, but Shelley painted this out and renamed her the Ariel.

Mary Shelley and Jane Williams waited anxiously for the return of their husbands, but after several days there was still no sign of the Ariel and so Mary travelled to Pisa in the hope that they might still be with Byron. Sadly, however that was not the case, and a report was received of bodies washed up on the shore at Viareggio. Lord Byron had the terrible task of identifying Shelley’s remains, which proved difficult as his face was unrecognisable, however in the pocket of his jacket there was a copy of the poems of John Keats and a personal diary. Because of the quarantining laws in place at the time, Edward Trelawny and Byron were obliged to cremate the body on the beach before giving the ashes to Mary to be interred in the non-Catholic Cemetery in Rome. It is believed that Shelley’s heart remained intact, and Mary kept it for the rest of her life. Shelley was declared dead on 8th July 1822, a month before his 30th birthday.

Since that tragic event 200 years ago, Lerici and the area surrounding the bay, has become known as Il Golfo dei Poeti while the Casa Magni, the last home of Shelley and his family, still stands as an enduring monument to his final months.

In 1992 Shelley’s birth was commemorated by the Keats-Shelley Memorial Association by a festival of poetry and literature at Lerici, with leading Italian and British poets, and it therefore seems an appropriate way to acknowledge the legacy of Percy Bysshe Shelley 30 years later.

The Gulf of the Poets Festival will take place on 17th and 18th June in the beautiful town of Lerici with the Poet Laureate and Keats-Shelley 200 Ambassador Simon Armitage, Scarlett Sabet, Annelisa Alleva and Paolo Febbraro who will be reading their own works and paying tribute to Shelley and his circle. A trip by boat to Portovenere and around the Bay of Spezia will also form part of the programme and we will be joining the local community at the Villa Marigola on the evening of Friday 17th for the Pea Prize Ceremony in honour of Simon Armitage.

09.30 - A boat trip around the Bay stopping briefly at the lovely town of Portovenere. Some readingsof Shelley’s work will take place on board

13.00 - Light lunch on the Promenade, followed by leisure time in Lerici

16.30 - We reconvene at the splendid Villa Marigola with panoramic gardens looking over the Bay, for the inauguration of the Keats-Shelley200 Gulf of Poets Festival and Lerici Pea Prize ceremony. Poet Laureate and Keats-Shelley200 Ambassador Simon Armitage will be presented with a prestigious Award and the Festival poets will give short readings. There will also be talks and speeches and a showing of Shelley in Rome, directed by Giulio Boato for the Keats-Shelley House. A buffet supper will be provided by courtesy of the Comune of Lerici followed by a short concert in the gardens of the Villa

10.00 - A full morning of poetry readings at the Parco Shelley in Lerici by the Casa Magni, the final home of Percy Bysshe Shelley
13.00 - A light lunch at the Yacht Club, (Circolo Velico di Lerici) followed by further poetry readings
18.00 - A musical reception with refreshments on the terrace of the Castle in Lerici, which concludesthe Festival

To register and for further details please contact info@keats-shelley-house.org

Registration Fee
€60 per person, €50 for full time students for 2 days (Friday and Saturday).

€30 per person, €25 for full time students for Saturday only.

Included in the registration fee:

Included in the registration fee for Saturday only:

Accommodation is not included in the registration fee, nor are transport costs and flights. There are a number of restaurants and pizzerias in the town which we will recommend on arrival in Lerici.
A list of hotels is available on request. 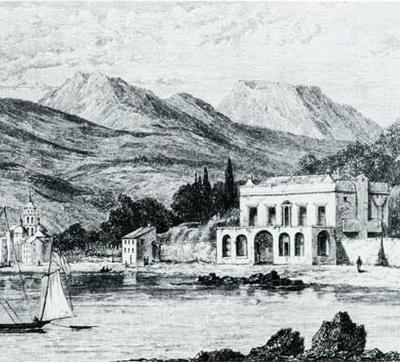