To celebrate the birthday of the Keats-Shelley House, which first opened on 3rd April 1909, and pay tribute to the resilience and remarkable courage of the Italian people during the Coronavirus pandemic, some of our Keats-Shelley200 Ambassadors sent messages of goodwill and support to the House and to Italy.

Journalist and broadcaster Reeta Chakrabarti, and actors Rosie Cavaliero and Julian Sands each sent their wishes, and read poems in tribute to Italy.

Julian sent a fulsome video birthday card and also read John Keats’ sonnet ‘Happy is England’, in which the poet praises the simple charms of English life while ‘long[ing] for skies Italian’.

Deborah Hodges, a Trustee of the KSMA, added: ‘We are enormously grateful to everyone who has offered their ongoing support to the Keats-Shelley House and its dedicated team at this difficult time. We are optimistic that our programme of events planned over the coming years to commemorate the anniversaries of the deaths of Keats and Shelley will go ahead both in the UK and in Italy, although there will be adjustments to the timetable.’

We’ll be hearing more from our Keats-Shelley200 Ambassadors soon. 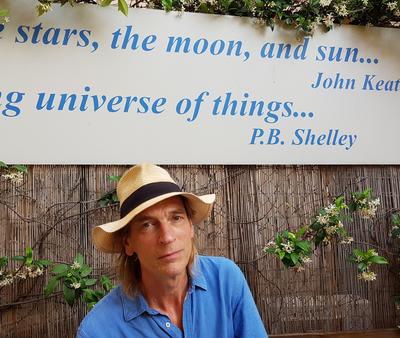