We're delighted to announce that American children's author and illustrator Brian Selznick will be the guest judge of this year's Keats-Shelley House Poetry Prize for Schools.

Brian is the author and illustrator of several books for young people including The Invention of Hugo Cabret (inspiration for the Oscar-winning film Hugo directed by Martin Scorsese), Wonderstruck, and The Marvels. He is the winner of the 2008 Caldecott Medal for U.S. picture book illustration recognizing The Invention of Hugo Cabret and is also known for illustrating children's books such as Baby Monkey, Private Eye (written by his husband David Serlin) and the covers of Scholastic's 20th-anniversary editions of the Harry Potter series. His work has been translated into Italian and published by Il Castoro and Tunué.

There are six categories of prizes for the best poem, and participants can send their poems by email.

There is no entry fee and the poem, together with the entry form, must be sent to the Keats-Shelley House by the 2nd of May, 2021.

The winners will be contacted by the end of May and will be notified of the prize ceremony details. For more information on how to participate, you will find the entry form here.

As well as our Rome-based prize for poetry, the Keats-Shelley Memorial Association offers two international literary prizes: the Keats-Shelley Poetry Prize, open to writers of all ages, and the Young Romantics Poetry and Essay Prizes, two Writing Competitions open to anyone aged between 16 and 18 years old. The deadlines for these literary prizes have been extended until the 12th of April. 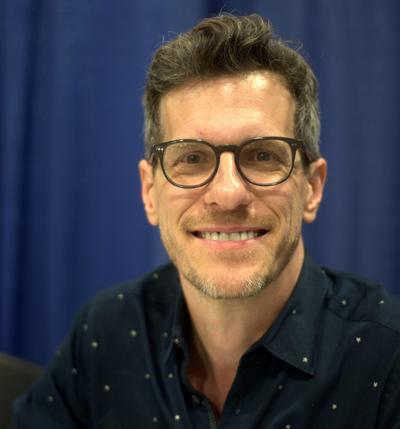