THE BICENTENARY OF JOHN KEATS’S DEATH IN ROME, 23rd FEBRUARY 2021

The Keats-Shelley House and our temporary exhibition Gusto will be open to visitors on the 200th anniversary of Keats’s death. Those unable to travel to Rome to visit the rooms where Keats died can join us online for a day of events planned by the Keats-Shelley Memorial Association and by some or our partners. Visitors can also pre-book an online visit to the House for a tour with one of our guides, and see the Keats200 online exhibition organised by Keats House Hampstead, which closes on 23 February.

10 am (9 am London) Launch of A Panoramic Tour of the Keats-Shelley House: visitors from all over the world are invited to take part in a new online tour of the House in the company of a personal guide on our own platform launched on the bicentenary. Pre-book here (all day event).

(time to be confirmed) Online premiere of ‘The Death of Keats’, a poem written and performed by UK poet Luke Wright for the bicentenary of Keats’s death commissioned by ArtHouse Jersey and Mary Venturini from the Keats-Shelley House Rome Committee (5 minutes).

3.15 pm (2.15 pm London) Broadcast on BBC Radio 4 of Writ in Water, a new play ​by Angus-Graham Campbell, commissioned by the BBC and produced by Wireless Theatre Co. in partnership with the Keats-Shelley Memorial Association, to mark the bicentenary of Keats’s death (45 minutes).

6 pm (5 pm London) Live Stream – CGI Keats reads from the Keats-Shelley House: On the 200th anniversary of Keats’s death his poem ‘Bright Star’, written for Fanny Brawne, will be recited by a virtual Keats from the room where he died beside the Spanish Steps. This exciting project was commissioned by the Keats-Shelley Memorial Association from the Institute for Digital Archaeology in Oxford. The stream will include a preview of a Grecian Urn for the 21st century by artist Dan Baldwin, with readings by Scarlett Sabet and UK Poet Laureate and Keats-Shelley200 Ambassador  Simon Armitage as well as CGI Keats. Click here to launch the Zoom meeting and listen to CGI Keats (30 minutes).

6 pm (5 pm London) Conversations on Keats: Celebrating the Bicentennial of Keats's death & Gusto an exhibition by Nancy Cadogan at the Keats-Shelley House. Click here to register to the webinar.

6.30 pm (5.30 pm London) Online premiere of The Death of Keats: an immersive video story narrated by Keats-Shelley200 Ambassador Bob Geldof (available on the House’s YouTube channel): best enjoyed with a VR Headset but fully accessible without, this video story will recount, through readings of letters by John Keats and Joseph Severn, Keats’s final few months before his death in Rome at the age of 25 (10 minutes).

10:30 pm (9:30 pm London) Online production of Lift me up for I am dying (available on the BSR's YouTube channel): a play by UK poet and dramatist Pele Cox first performed at the Keats-Shelley House in 2013. This unique performance for the British School at Rome, in association with the Keats-Shelley House and the British Institute of Florence, will be conducted on FaceTime by the actors, who are all in lockdown in various locations, and shared with the world at the hour Keats passed away two centuries ago. (30 minutes).

11 pm (10 pm London) “Weep for Adonais: A Collaborative Reading of Percy Bysshe Shelley’s Elegy for John Keats," hosted by the Keats Letters Project and including a reading by the curator of the Keats-Shelley House. Pre-register here.

Also, don't miss JOHN KEATS: LIFE AND AFTERLIFE, a 2-part series marking the 200th anniversary of Keats's death presented by poet Sasha Dugdale and including interviews with the Curator of the Keats-Shelley House and with Bob Geldof, Keats-Shelley200 Ambassador. The series will air on BBC Radio Four at 11.30 on Thursday 18th and 25th February 2021, and may be listened to thereafter on BBC Iplayer: https://www.bbc.co.uk/programmes/m000s9r1

We also recommend The Tomb of the Poet: To mark the bicentenary of Keats's death the Museum of Rome in Trastevere has created a video titled 'The Tomb of the Poet' in Italian which recounts how important Rome was for John Keats and other artists and poets, who drew inspiration from the city's cultural and spiritual heritage. Click here to watch the video on YouTube. 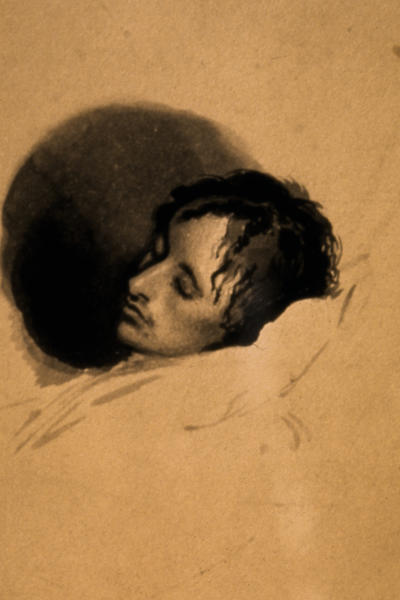