IN MEMORY OF POET MICHAEL O'NEILL:

IN MEMORY OF POET MICHAEL O'NEILL:

Everyone at the Keats-Shelley House and Keats-Shelley Memorial Association was sad to hear of the death of poet Michael O'Neill, who passed away on the morning of 21st December 2018 at his home in Durham, surrounded by his family. Michael had been working on the proofs for his last academic study,  Shelleyan Reimaginings and Influence, which will be published in March:

Michael's final poetry collection, 'Crash and Burn', is due to be published in February.

Michael was a life-long admirer of Keats and Shelley, and we share in memory of him his poem 'Scalinata della Trinità dei Monti', which was first published in the Keats-Shelley Review (Vol. 25, April 2011).

Much other woe than yours and we show up,

inspect the stage-set from the highest step.

A man flashes the blade of his smile and shrugs,

trying to palm off plastic roses.

Cleaners consign the cans of Coke to bags.

pulsates beyond the domes and a low moon. 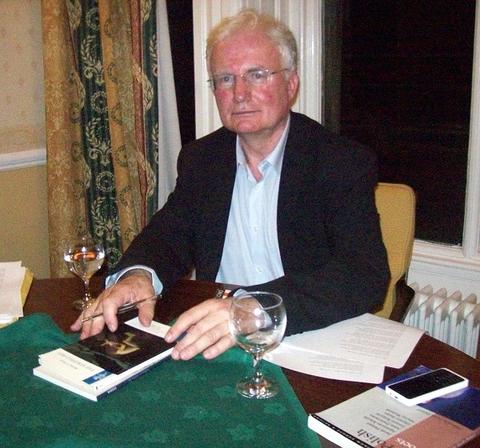 In the small hours, I wake up,

something speaking of you from my sleep:

the weakened body drowsing through a dream,

a brief adieu, an awkward bow, a flock

of migrant birds, police cars in the square,

the full-grown generations still to come

outlived already by your words, your work.

A few days later, we return

to the House; it’s hard not to track again

your posthumous existence while alive,

death’s suffocation of your gift and love,

the cost exacted and the tears,

the night sweats, phlegm, and suffering,

one friend with you at the end after verse

had ceased — hard not to mourn, to long

not to walk to the Borghese Gardens

to fear the life that hopes art

will give it substance, hard not to find such

substance without substance, hard not to thud

shut a book and stare towards a sky that hangs

like a shroud or a doorway (who knows which?),

challenging yet sponsoring cries and songs,

would-be last lines, your feeling for light and shade.